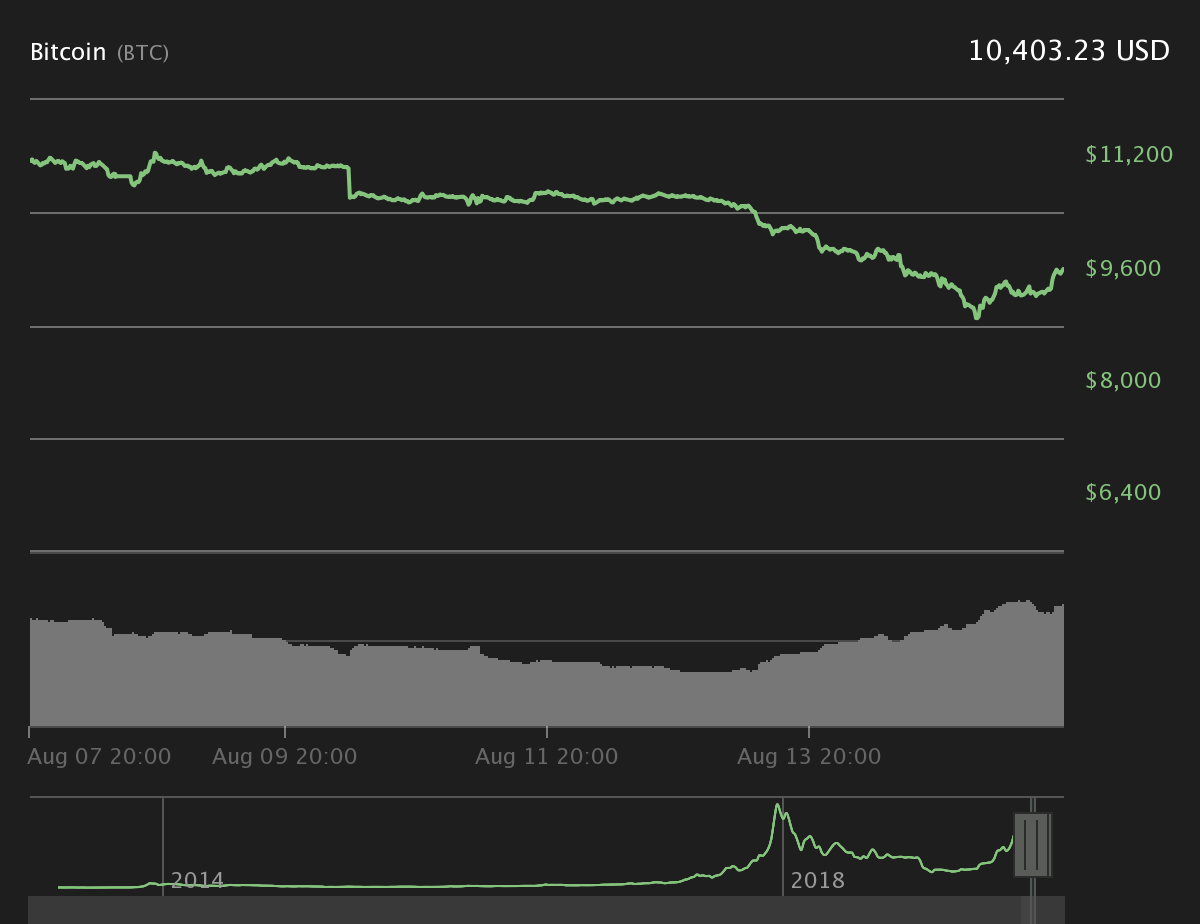 The number two cryptocurrency, ETH, has continued its gradual decline. Ether is currently trading at $188.32 and trending down by 1.99%. Bad news for investors in ETH and BTC alike broke earlier today, with a blockchain investment company founding partner telling the public on Twitter that a Chinese Ponzi scheme has robbed investors of $3 billion. This scam is apparently called PlusToken, and the aforementioned partner, Dovey Wan, called upon cybersecurity companies Chainalysis and PeckShield to investigate further. 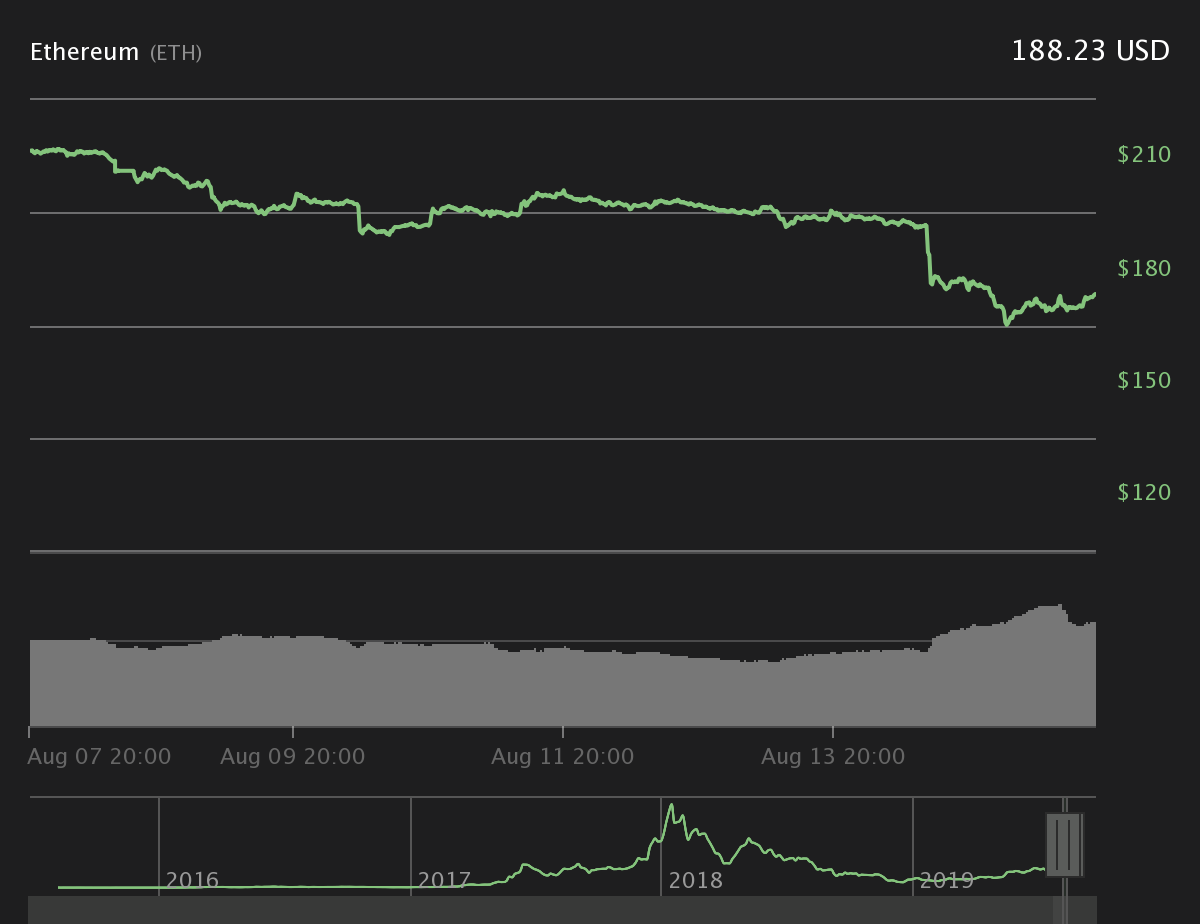 XRP, the number two alt by market cap, is trading at $0.267 and trending down by 4.97% on the day at press time. As recently reported by Cointelegraph, trader Peter Brandt accused Ripple, the issuer of XRP, of price manipulation. Brandt wrote on Twitter:

Brandt does not appear to be speaking hyperbolically, as he further clarified that he does believe Ripple is quite literally manipulating XRP price. He wrote:

“I used ‘manipulate’ because it is exactly what Ripple has been doing since it introduced XRP […] The chart pattern for many, many months has shown the distribution of XRP by Ripple – it has manipulated the price to hold support. But if support gives way Ripple will be forced to dump in a major way.” 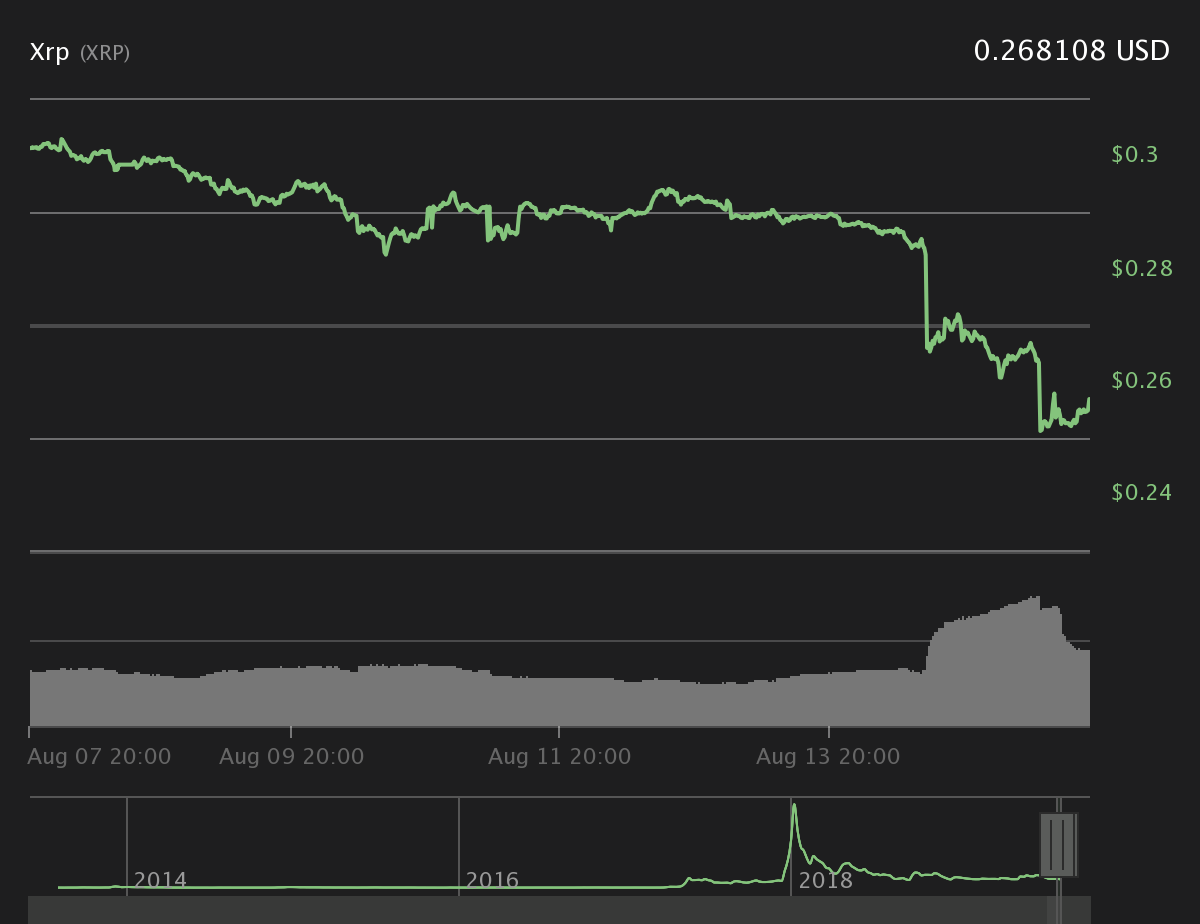 The 10th top cryptocurrency Algorand (ALGO) is also falling in price at press time. ALGO is currently trading a little over $0.699 and is trending down by over 12%. Interestingly, ALGO was scheduled to begin its listing process on the professional trading platform Coinbase Pro yesterday, which correlated with a boost in price for other tokens such as Chainlink (LINK).

The total market capitalization of the top 100 cryptocurrencies had fallen to a little over $270 billion at press time, according to Coin360.